The last time that I was at home, my mom made these delicious fried banana peppers. We had them alongside big bowls of steaming chili. They absolutely blew my mind. She told me that they had gone to dinner someplace in town and saw fried banana peppers on the appetizer list and ordered them. When they arrived, they were so delicious they asked the kitchen how they were made. The guy laughed and said, I took a jar of banana peppers, drained them, tossed them in flour and fried them. Nothing to it. 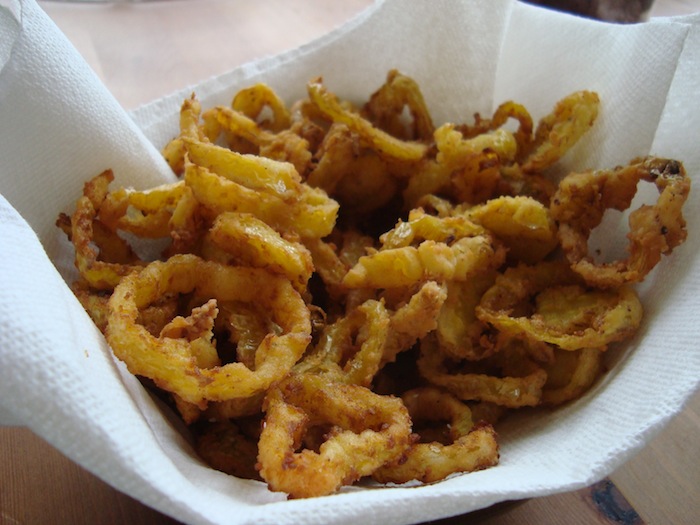 Well, there may not be a lot to the recipe, but there is a whole lot to the taste. I’m not one for banana peppers generally, but when I got these babies in my mouth, my mind was changed. They are a little sour and spicy and super crunchy. They only take seconds to fry  and they crisp up in a delicious tart way. Like I said, the first time I had them was alongside chili. But, I made them for a BBQ recently where I just served them straight up as an appetizer with a side of ranch dressing for dipping. They were gone pretty quick. 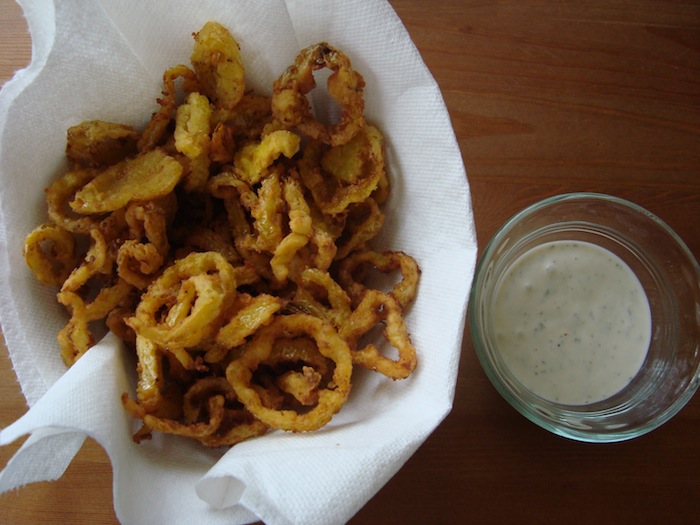 I think that these could be delicious on all kinds of things. I really want to put them on burgers next time I light up the grill, or even toss them on some fish tacos. They would also be a great crispy topping for a big salad. Once you try them, I bet you’ll be looking for all kinds of places to use them in your cooking. I know I am thrilled with this discovery.

Think of them as cousins to onion rings, but way better since they don’t have onions in them.

Drain jar of banana pepper rings. In a large bowl, mix the flour with the seasoned salt and pepper. Toss the rings in the flour mixture until lightly coated.

When the oil is hot, cook the rings in batches until golden brown. Don’t crowd the pan. Drain on a paper towel lined plate.

Serve with a side of ranch or blue cheese dressing for dipping. 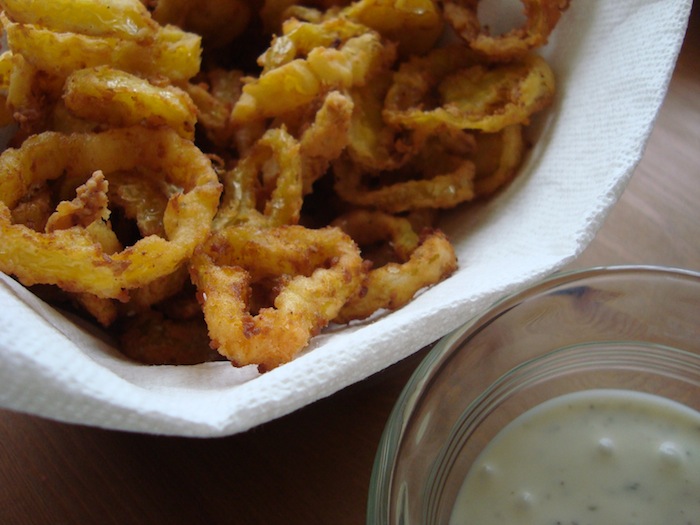 Enjoy and have a great weekend!